These fragments I have shored against my ruins, Questi frammenti che ho eretto a protezione delle mie rovine. 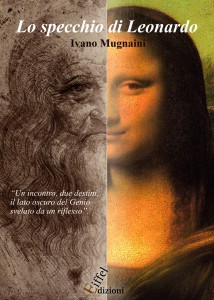 “Once upon a time there was a prince … ” educated, proud, Sicilian and at the same time a citizen of the world. Hard to say where the Prince of Lampedusa starts and where the Prince of Salina ends. For everyone The Gattopardo is the iconic novel that continues to fascinate generations of readers and whose footsteps are imprinted in our DNA. But the man, the writer and the traveler can be summarized in the single figure of the “Prince”? The question mark is a must when it comes to discern between the man and the literary character and even more when we try to find a key to understand an author known for a single great novel. Giuseppe Tomasi di Lampedusa is a complex figure that can not be read only in the light of his famous book or for his being a Sicilian. He was much more, and, through the exploration of his historical, geographical and biographical routes we will try to draw a portrait of the author, different from the typical baroque and inconsistent frames.

The result of this exploration will be the traits of a writer and a man with many polyphonic voices. Lampedusa, first of all. It is not useless to note that what for him was the starting point for many people today is a point of arrival, the goal of a hope. Lampedusa is an offshoot of Europe in the heart of the Mediterranean Sea, land border and port known for landings, drownings and trafficking of human lives from the coast of nearby Africa. The story changes but remains, despite the differences, the constant, immutable characteristics of human beings, the moods, the miseries, the need for a ground of certainty and, on the opposite side, the flow of change that eradicates and upsets.

For these and other mysterious reasons, for this mixture of ancient and modern, poetic and rational, anthropological and philosophical, Tomasi remains an author still able to meld different characteristics, generating viewpoints, influences and discussions among readers and critics.

His Gattopardo has become over the years much more than a successful novel and a popular film. It has become an icon, an inspiration for endless quotations. It has become a way of saying, the symbol of an era and a way of thinking, almost identifiable with a copyright, such as an aspirin or a coke. As it often happens, however, in literature and in life, in that long windy point oscillating that unites and divides, between the words and the truth, the man and the work, there is a beautiful stretch of beach. In the specific case of Tomasi, the waves in question are those between Scylla and Charybdis, between Sicily and the Continent, understood also as Europe.

As happened to another complex and multifaceted Sicilian author, Luigi Pirandello, Tomasi also travelled to the north. In five years of intense journey, Giuseppe Tomasi di Lampedusa was able to get to know some of the major European capitals. He was looking for the authentic spirit of places and peoples, the true face to compare with that of his Mediterranean island. He discovered the beauty of Paris, and found himself particularly at ease in London, a city that he found full of bonhomie. But also explored the darker charm of Berlin. He visited museums, but was attracted also by the busy streets and tracks already made legendary by the great books of the past. He frequented fashionable salons but was attracted by everything, assimilating facts and voices with vivid curiosity. He traveled with a repertoire of quotations and wrote letters of lush fantasy in which he confirmed his thirst for knowledge.

Although he was much different from another imaginative storyteller like Gabriele D’Annunzio, he also wanted to give a spectacular image of himself. This insatiable verve found an effective synthesis in his “Travels in Europe. Correspondence 1925-1930 “. Tomasi di Lampedusa, shy, refined, passionate about comparative literature, gives the impression of traveling by choice, for fun and for inner enrichment, for the need to break away from the deep roots that nourish him and lock him at the same time. He travels for the desire to make its culture actually European. To be a man of the world, even before being a writer.

Tomasi di Lampedusa was often a guest of his cousin, the poet Lucio Piccolo. Thanks to him, he had the opportunity to attend high-level literary circles, as in 1954 when he took part to a literary conference in San Pellegrino Terme where he met, among others, Eugenio Montale and Maria Bellonci.

Upon returning from that trip, like a volcano that reaches the ideal level of pressure, Tomasi began writing The Leopard, the romance of a lifetime, of many possible lifetimes. The novel will be completed two years later, in 1956.

His novel is defined as an example of ” poetry in prose”. Because the poetic form has the capability to bring together and synthesize contradictory instances and feelings through the coincidence of opposites. The link to the past was a mirror to talk about the present and the future.

As in geological layers, this book goes far beyond the historical fresco, over the story, over the characters, the places, the costumes. In this context  we can read the quotation for excellence, the one that stands on the novel and identifies it immediately:  If we want things to stay as they are, things will have to change. The Leopard tells us about the the doubts and the hopes of men and women of their time in front of a changing world that redefines values and styles. It tells how men face the change and how identities, histories and culture face the time.

Considering The Leopard a conservative book is for the most a short-sighted attitude: there is, alive and present, the historical awareness of the evils of Sicily. Seen not as microcosm in itself but as a symbol of an ancient way of living and thinking forced to look with different eyes to new times. There is a form of loud and clear social criticism in the book. The love for his land is not blind.